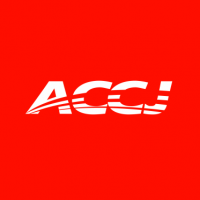 The American Chamber of Commerce in Japan (ACCJ) applauds the Government of Japan’s (GOJ) continued efforts to reform labor practices by allowing foreign domestic workers to work in National Strategic Special Zones as early as March. This policy complements GOJ initiatives designed to increase female participation in the workforce by addressing labor shortages in the housekeeping and childcare sectors, thereby contributing to growth of the Japanese economy and benefiting both Japanese and U.S. businesses. “By opening the Japanese market to foreign domestic workers, the GOJ is taking a welcome step that will ultimately contribute to a healthier and more vibrant economy by supporting women to continue their careers after having children, or indeed, anyone who needs help caring for the sick or elderly. In the context of population decline, expanded availability of domestic workers means that families have additional care options and access to support for some of the domestic burdens that can prevent full engagement in the workforce,” said ACCJ Growth Strategy Task Force Vice Chair Kumi Sato. ACCJ Growth Strategy Task Force Chair Nicholas Benes added, “The ACCJ is pleased to see the GOJ make concrete progress on its commitment to creating a society where women can fully participate. It has been a long-standing position of the ACCJ that labor reform, especially by opening more sectors to foreign workers, is critical to the economic future of Japan. We hope that the GOJ will continue to pursue labor practice reform that aligns Japanese policy with the needs of a highly-competitive global marketplace.”