HOME > News > Healthcare > The current state of women’s mental health in Japan
How should we respond to deepening challenges brought about by the pandemic? 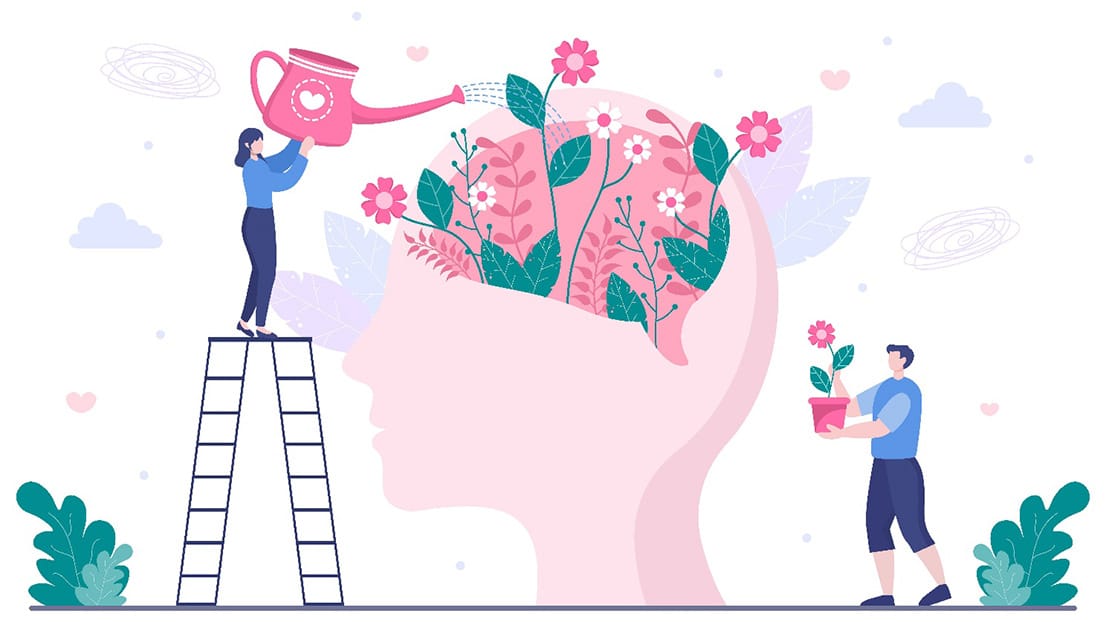 As COVID-19 infections continue to spread, the pandemic is bringing about other problems in Japan with deteriorating mental health among women and increased rates of suicide. It’s believed that this may be attributed to an increase in domestic abuse, heavier burden of domestic responsibilities, such as housework, childcare and nursing care, as well as escalating financial pressures, including job loss and reduced income.

Solving gender inequality demands cutting to the core of the issue and directly tackling the structural problems that put women in vulnerable positions. However, striving for gender equality means recognizing that there is an overlooked part of society where both men are women are struggling. Dr. Haruka Sakamoto, Senior Manager at the Health and Global Policy Institute highlights this issue when she notes that domestic work still tends to fall upon women due to outdated beliefs that men should be working hard outside of the home with society negatively judging men who prioritize domestic work over their careers. Women are pressured to stay at home, while men are made to work long hours on their paid jobs. Such a society makes life difficult for both women and men.

The following article, based on an interview with Dr. Sakamoto, sets out to explore the current state of women’s mental health in Japan, measures to address it, and some of the challenges that lie ahead. Dr. Sakamoto’s profile may be found at the end.

If we take a look back at issues surrounding mental health and suicide, Japan’s suicide rate has continued to increase since the late 1990s, at one point reaching around 35,000 per year. Much of this increase was due to a rise in suicides among middle-aged and older men. National and local government, NPOs, NGOs, and companies promoted various measures to respond to this, resulting in a gradual but steady decline in Japan’s suicide rate, with the annual number falling in 2019 to 20,169, the lowest level since records began in 1978. 1

The pandemic’s role in a sharp deterioration in women’s mental health
However, the number of suicides began to rise again in 2020 just as the spread of COVID-19 was starting to become a major social issue. Surveys conducted by Dr. Sakamoto and her colleagues found that suicides have increased among some younger and older age groups for men, but across all age groups for women. 2,3 This significant rise in suicides among women indicates a sharp deterioration in women’s mental health since the pandemic that Dr. Sakamoto feels demands serious attention.

Three factors are thought to have contributed to this deterioration: 1) an increase in domestic abuse; 2) heavier burden of domestic responsibilities, such as housework, childcare and nursing care; and 3) escalating financial pressures, including job loss and reduced income. Economic pressures and social uncertainties owing to the pandemic have been adding to the rise in domestic abuse, which is hard to see, with women and children thought to be on the receiving end in particular. In fact, a rise in domestic violence has been reported in many parts of the world with international organizations now also sounding the alarm. 4

The closure of schools and day-care centers under COVID-19 restrictions has further intensified the burden felt at home, including housework and childcare at a time when limited availability for day-care services was already an issue. The inherent structure of Japanese society means that these increased burdens have largely been borne by women. In fact, a survey by the Tokyo Metropolitan Government shows that disparities between men and women when it comes to the amount of time they spend on housework and childcare have actually further widened under the pandemic. 5

Double impact of disparities in income and childcare on women
Industries commonly reliant on the informal employment of women, such as the catering, tourism and accommodation sectors, were among those to be most severely impacted by the pandemic. Even in pre-pandemic Japan, the proportion of women holding regular employment was low, with many working part-time or other non-regular jobs. This vulnerable employment environment, combined with the pandemic’s fallout has left many female workers from these industries facing reduced incomes or losing their jobs entirely.

Social media making women and children more vulnerable to mental illness
Dr. Sakamoto also points to ‘environmental influences’ that tend to disproportionately affect women. Broadly speaking, women may be more sensitive to news reports and changes in their environment, and may be more prone to instability. The initial spate of endless negative media coverage, including reports of suicides and deaths of celebrities due to COVID-19, likely further fueled the pandemic’s mental toll on women.

When it comes to environment, social media is of course a hugely influential factor that cannot be ignored. As Dr. Sakamoto notes, women and children are believed to be particularly vulnerable to mental illness driven by social media. While policies are being put in place to prevent slander and defamation of individuals, there are still many cases of people comparing themselves with others and suffering from feelings of inferiority. On the other hand, social media remains a powerful tool for communicating the importance of mental health to the public, and can also be a valuable way of creating a sense of connection among those who need it, such as those out of work who don’t have workplace connections. The key is to educate people on how to maintain a healthy relationship with social media going forward.

How to handle mental health
So how exactly should we respond to mental health issues? Dr. Sakamoto suggests that a key step is to train and increase the number of so-called ‘gatekeepers’ – those able to spot the signs of mental health problems among others. It’s also important to create an environment in which those who feel unwell or anxious are able to speak up, and to establish a range of places and contact points where they can easily seek advice. To this end, social media is one way of delivering this, in addition to traditional telephone consultations.

Overseas developments in mental health measures made available in the workplace are also useful reference. For example, adopting hotdesking instead of fixed office layouts, or changing supervisors for different projects to broaden staff relationships. A wide range of company measures can be put in place, from holding regular all-hands sessions on mental health to informing staff of available counselling in the event of a shocking incident such as a shooting, as well as rebalancing negative emotions through activities such as yoga and meditation classes.

Mental health concerns us all
Mental health problems can happen to anyone. Common causes of mental health problems include changes in surrounding environment, deteriorating health, and life events such as loss of a loved-one or failing relationships and financial hardship. All of us will experience these events at some point in our lives. In the past, it was considered a virtue to simply put up with negative feelings and not show them to anyone, but now we need an environment where people can openly confide in others about their mental health.

Social connections with others are also critical to maintaining one’s mental health. Connecting with others, be it through community activities or shared hobbies, is an important component of mental health measures. In fact, it is thought that the deterioration of mental health among middle-aged and retired men is largely due to the fact that the only connections they had are from work. Today connections don’t necessarily have to be made face-to-face, with social media being an effective tool to enable human connection.

The need for better information sharing
After witnessing the pandemic unfold over the last two and a half years, Dr. Sakamoto observes that the general Japanese population is remarkably literate when it comes to absorbing public information. From mask-wearing and hand-washing, to “the Three C’s” and vaccination, when the government and media provided clear information, the majority of people understood and adhered to it accordingly. And yet, when it comes to mental health, we often hear people saying that it is difficult to check in on others. In a society where information is readily consumed but not always effectively communicated, the Ministry of Health, Labour and Welfare (MHLW) has published a manual, but medical and other groups need to devise ways to make information easier to understand.

Creating a society where both men and women can work comfortably
In Dr. Sakamoto’s view, there are multiple issues to be addressed when it comes to the deterioration of women’s mental health due to the pandemic and underlying gender inequalities. In particular, she notes that the social structure of Japan itself needs to change. Many women holding non-regular employment are in difficulty both in terms of status, security, and income, especially in the case of single-parent households where many mothers and children are forced to live a life of financial hardship. However, Dr. Sakamoto also notes that in order to address the disparity in the home for housework and childcare, it is time to reconsider old values themselves, such as the attitude that it is natural for men to take on long working hours and that it is a virtue to work without regard for the family. In this way, Dr. Sakamoto concludes that closing the gender gap requires changing society.

If you are affected by mental health issues
Japanese links from the Ministry of Health, Labour and Welfare (MHLW):

●”What is a Gatekeeper?”:
https://www.mhlw.go.jp/mamorouyokokoro/gatekeeper/

2 Assessment of suicide in Japan during the COVID-19 pandemic vs previous years:
https://jamanetwork.com/journals/jamanetworkopen/article-abstract/2775740

3 Suicide by gender and 10-year age groups during the COVID-19 pandemic vs previous five years in Japan: An analysis of national vital statistics:
https://www.sciencedirect.com/science/article/pii/S0165178121004698

4 Statement by UN Secretary-General António Guterres and UN Women Executive Director Mlambo-Ngcuka on the request to address violence against women during the COVID-19 pandemic:
https://www.gender.go.jp/policy/no_violence/sp_index_2.html

6 Summary of results of a nationwide survey of single-parent households, 2021:
https://www.mhlw.go.jp/file/06-Seisakujouhou-11920000-Kodomokateikyoku/0000188182.pdf
岩下裕司The current state of women’s mental health in Japan
How should we respond to deepening challenges brought about by the pandemic?07.29.2022